Why should you celebrate failure?

The most successful people know that failure is just a part of the process. They have their own methods for getting over that failure, but they’d all agree that failure is something to celebrate and move past, not fear.

Whatever your goals, coming up with your own method to celebrate and move on from failure will significantly benefit your growth. You will probably fail a few times in creating a failure process, which was a little confusing, but the truth is you will figure out how you respond best to failure through trial and error.

It’s not an easy thing to do, and it requires some discipline and creative thinking to take your shortcomings and turn them into positive ones.

Acknowledging you failed, owning it, and moving on to your next goal are all necessary steps towards personal development in any area of life. 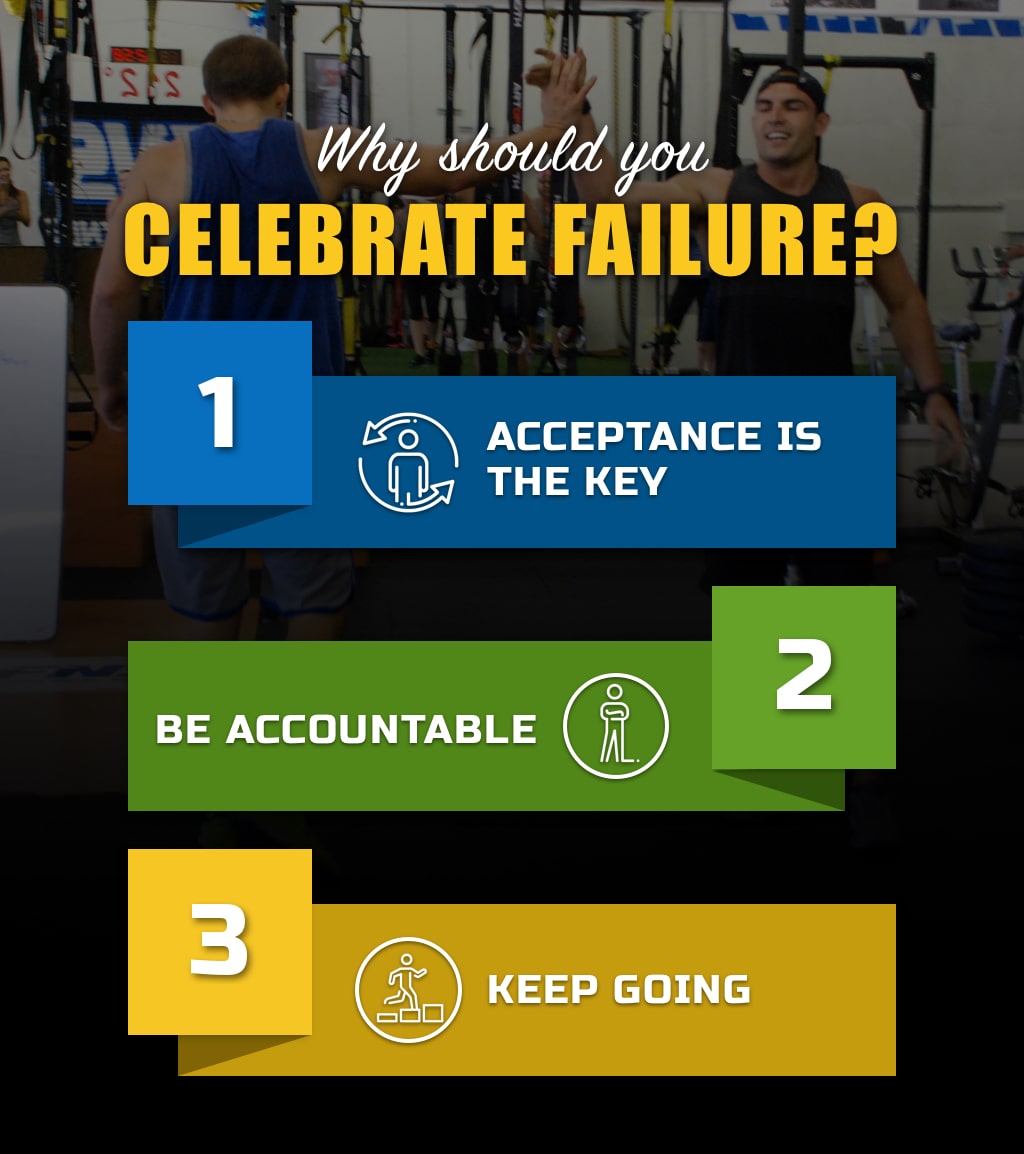 Sometimes, you have to throw in the towel. It’s not quitting but realizing that something isn’t working right. That’s called learning, and it’s the most important part of failure. Think about how exciting it is to know that you won’t make the same mistakes you made again. That’s excellent news.

To grow, you must realize when it’s time to take a step back and try something else. If you can’t break that mile time you’ve been working towards, maybe take a look at your strength training or diet. Sometimes, you do need to change your goals around after you fail.

However, often failure doesn’t mean you have to give up entirely, and it could mean you need to consider why you’re not reaching your goals.

You can’t do that until you acknowledge that you’re doing something wrong.

Nothing is worse than being embarrassed. Even if your failure wasn’t public, telling people about it can be a source of embarrassment. It can be hard to admit that you couldn’t get something right, but doing just that may actually make people more confident in you.

A recent Pew Research Center study found that people trust leaders more when openly admit their failures and mistakes. People who don’t accept when they do something wrong are often seen as less competent, less caring, and less responsible.

You don’t have to feel bad when you talk about your failures. Own them. Talk about them with a sense of humor and humility. Make a mistake you made into a funny story. At the end of the day, people aren’t going to dwell on your past failures when you provide them with current successes.

Moving on from something you’ve spent a lot of blood, sweat, and tears on can be difficult. When you have a goal you thought was great that’s not working out, you may be less enthusiastic about moving on to the next destination.

However, you can’t be afraid of failure. It’s what makes you grow.

Where would you be if you didn’t fail?

Tinker with your approach to your goals. Maybe all you need to succeed is a slight change in an area you hadn’t thought of yet. Perhaps you do need to consider a new goal entirely. Figuring out the next step is part of the process that everybody goes through. Once you find it, you get another chance at success. That’s more than enough of a reason to celebrate your failure.

The best is yet to come.

YOU CAN FIND US HERE
Categories

Get in the Know

Stay connected with us to get the latest health and fitness news, innovative workouts, healthy recipes and wellness tips.